John has been a Co-opted (previously Community) Governor at Buckingham Primary School since 2010, having previously been a parent governor. He is Chair of the Governing Body and Chair of the School Development Committee. He also sits on the Resources committee and has governor responsibility for Curriculum, Science, and Design & Technology. He has lived opposite the school for thirty years, and all four of his (now adult) children attended Buckingham. He is married to a local councillor, and is semi-retired, working part-time as senior research fellow at Queen Mary University of London. For relaxation, he follows cricket.

Dianne has been a Staff Governor since 2007 and sits on the School Development Committee. She has taken up governor responsibility for school policies and The Early Years Foundation Stage. She has worked at Buckingham for 22 years, 15 years as a Reception Class teacher and Early Years Phase Leader.  At the school Dianne is responsible for the delivery of Phonics and overseeing the Nursery and Reception classes. Family is an important part of her life; she is married with three grown up children and five grandchildren. When she is not at school she enjoys travelling the world with her husband and watching Liverpool Football Club. She has lived in Hampton with her family for 31 years.

Martin is the Local Authority Governor, having previously been a co-opted Governor and has served on the Governing Body since 2015. He has taken up governor responsibility for KS2 and Creative Arts and Music. Prior to becoming a governor, he has been associated with Buckingham as a volunteer working with years 4 and 5. Martin is currently the vice chairman of the School Development Committee and a member of the Resources Committee. Martin is currently employed as the Neighbourhoods Manager at Spelthorne Borough Council and investigates Environmental Crime such as fly-tipping. Prior to this he was employed as a Detective Sergeant in the Metropolitan Police until his retirement in 2011. When not working Martin enjoys his time with his 7 grandchildren and singing and currently sings in two choirs. Martin currently holds an Associate of Trinity College London Diploma (ATCL) in Music Performance and is studying for a Licentiate of Trinity College London Diploma (LTCL) again in Music Performance.

Sarah is a Co-opted Governor, having previously been a Staff Governor and has served on the Governing Body since 2009. She sits on both the Resources and the School Development Committees. She is currently the Senior Assistant Headteacher responsible for Safeguarding and Pastoral Care. Within this role Sarah is the Deputy Designated Safeguarding Lead for the school and is also the Health and Safety Lead. She is responsible for staff induction, training and professional development and she manages the school’s volunteers and helping parents/carers. She is also charged with developing public relations and maintaining links with the local community. Sarah has been at the school for twenty six years. In her spare time she loves to read and spend time on her computer. She enjoys learning Spanish, looking after her vegetable patch and her pets and is a keen photographer. 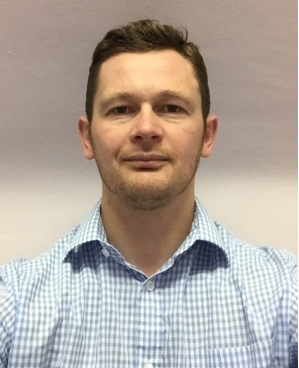 Chris was a Parent Governor when elected in October 2014 and is now a Co-Opted Governor. He sits on the Resource Committee and is Lead Governor for PSHE, Early Years and Special Building Projects. The eldest of his three children attends Buckingham Primary School with the others hopefully following suit. Chris is a Chartered Building Surveyor with Surrey County Council delivering maintenance and improvement building works for a diverse range of public properties. Chris was previously a volunteer Special Constable for 10 years. In his spare time Chris enjoys going on adventures and exploring the countryside with his family, tinkering with his 1968 Mini Cooper and is the proud owner of a Brentford FC season ticket!

Duncan graduated in Civil Engineering at the University of Newcastle upon Tyne. His current job is working as Road Safety and Active Travel Team Manager for Surrey County Council. The aim of the team is to reduce death and injury on Surrey’s roads, and to encourage more walking and cycling. An important part of this is leading teams who provide of a range of road safety skills, training and educational interventions to several hundred schools throughout Surrey. The team also assist schools in creating School Travel Plans which are a list of actions that schools will undertake to promote sustainable travel. He has two children at Buckingham Primary School. Outside of work he enjoys spending time with his family including supporting Chelsea Women’s football team, days out in the countryside and cycling. He is Chair of the Resources Committee and Vice Chair of the Governing Body.

Ahmed is one of our elected Parent Governor.

He studied history at university. He have two children at Buckingham Primary School. He works for a housing association, responsible for gas safety and other areas of compliance. He loves football, travelling and learning new languages.

Sanda graduated with a degree in gemology from Gemology Institute of America, she developed great expertise for managing demand for the natural resources, at the forefront of valuing and delivering rare precious stones and metals to some of the worlds exclusive communities. She learned to appreciate the true value of it and so progressed my studies to MSc in Environmental Affairs. She lives in Hampton with my husband and three daughters with the two eldest attending Buckingham Primary School. She loves outdoors, music and swimming.

One of her main motivations for my role as Parent Governor is to support and nurture the  school community with the aim to serve her skills and enthusiasm to continue developing BPS vision, success and ambitions to its highest standard.

Stuart joined the governors at Buckingham Primary School having had two children attend the school so being involved as a parent. They have now both moved onto secondary school but still look back with fond memories of their time in the school. He is looking forward to taking on this role and supporting the school as they carry on their journey.  He is a Year 6 teacher and Maths Leader, working in the local area, so understand the challenges schools face. Outside of teaching, He is involved in Scouting in Spelthorne and hold the role of Deputy District Commissioner with a lead on growth and development as well as the cub section. He enjoys spending as much time as possible out and about and exploring new places. He us very lucky that his family also share this interest!

At Buckingham Primary School, the Full Governing Body is comprised of thirteen governors, including parents, teachers, volunteers from the local authority and the community. We are an energetic and ambitious group that work together to provide independent oversight of the management and operation of the school, with the aim of improving the quality of education provided and raising standards.

Governors are at the heart of how a school operates. It is important we get things right. How we do our job effects the interests of pupils, staff and the reputation of the school in the community. Governors support and challenge the head teacher by gathering views, asking questions and discussing what is best for the school. We are not there to rubber stamp decisions. We have to be prepared to give and take advice and are often described as a “critical friend”.

At Buckingham Primary School, the Full Governing Body meets six times a year, but most of the work is carried out via two main committees, which again meet six times a year. Both committees may then further delegate to smaller groups as required.

This brings Finance, Staffing and Premises together in one committee.

This deals with Teaching and Learning, Achievement and Progress of Pupils and Curriculum Development

Both Attendance and Pupil Premium are reviewed at both committees.

Unfortunately not the ones with chocolate chips.

Some cookies are necessary in order to make this website function correctly. These are set by default and whilst you can block or delete them by changing your browser settings, some functionality such as being able to log in to the website will not work if you do this. The necessary cookies set on this website are as follows:

Cookies that are not necessary to make the website work, but which enable additional functionality, can also be set. By default these cookies are disabled, but you can choose to enable them below: